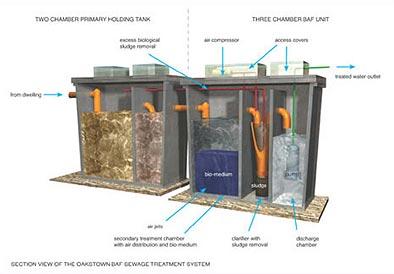 Last time they took part in a programme filmed by the Ear to the Ground crew on upgrading an existing septic tank in Wilkinstown Co Meath. This time they are shown replacing a septic tank with their Oakstown BAF secondary treatment System in Rathfeigh, also in Meath on Duncan Stewarts’ Eco Eye on Tuesday, January 22nd.

Eco Eye, as most people know, is concerned with all the relevant environmental topics relating to building in Ireland. With the new septic tank inspections coming online this year and the promise of grants for necessary upgrades there has never been a more apt time to air this feature.

Other Meath names associated with next Tuesdays programme are Robbie Meehan, soil engineer from Navan and Gordon Mitchell from Mitchell Environmental, Kilberry