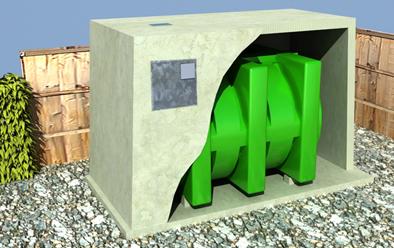 Oil tank theft has risen approximately 153% since 2011, with more than 1,200 thefts in heating oil nationwide. As the black market for oil increases, the rewards for offenders do also. The incidents have not been confined to residential oil tanks, with schools, businesses, play groups and churches also being targeted. According to the Irish Times even an army barracks has been targeted with a tanker containing 20,000 litres of seized fuel being stolen from Aiken Military Barracks in Co. Louth in May 2013.

OFTEC represents the domestic oil heating and cooking industry in Ireland and David Blevings, OFTEC Ireland Manager said “ Houses, farms, business premises, transport depots and holiday homes can all be affected- especially within rural areas or on quiet residential streets. Usually it’s only when people run out of oil and their heating stops working that theft becomes apparent. However, taking a few simple precautions such as making a regular note of your oil levels will help to ensure you are not the victim of oil theft”.

Police and insurers advise customers to prevent oil theft in the following ways:

Protect your fuel tanks from theft, damage and the risk of ground contamination caused by fuel theft. If your oil tanks are at risk we can install secure concrete enclosures to stop opportunistic thieves. All our units come with lockable filling points on top and lockable fuelling points on front if required.

Maintenance of a Septic Tank
Scroll to top